Life in the pen ain’t for anyone. Don’t do the crime if you can’t do the time. Rising to fame while at the top of your game opens the door to a contesting territory full of glitz and glam that carries the potential to affect your character. It’s a sad fact that with celebrity status, you’ve gotta watch your own back 24-7 to ensure that there aren’t any clowns attempting to bring the respect tied to your name down. On the flip side, imagine being caught up in the hype at the peak of your career and making one wrong choice that costs you your career, freedom, time, joy and voice. Here’s three ladies that couldn’t hold back either their fists, grit or wit and ended up spending time in prison while their careers steadily sunk into the pits. 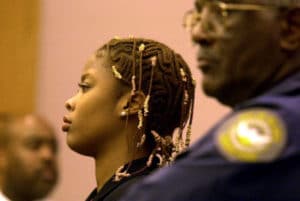 Platinum selling “What ‘Chu Like” rapper and Illinois homegirl, Da Brat, bursted out onto the scene back in 1994 with her smash debut album, ‘Funkdafied’, that lyrically implied that Da Brat was not a woman you’d want to cross paths with. It’s been one hell of a ride for Da Brat, and her 2007 fight in an Atlanta nightclub not only cost her 6.4 million dollars in fines, it nearly cost the victim and Atlanta Falcons cheerleader, Shayla Steven, her life after Da Brat busted a bottle right over her head. Da Brat plead guilty to aggravated assault and was sentenced to three years in prison, in which she went on to serve 2.5 years prior to her release in 2014. 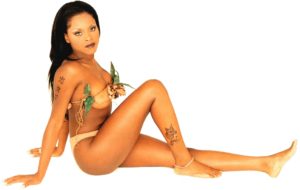 It’d be tough to forget the steamy album cover of Foxy Brown’s 1996 debut studio album, ‘Ill Na Na’, which was jam-packed with Foxy’s sass, lack of class and lyrics preachin’ about counting fat stacks. Foxy created a reputation for herself for being a balls-to-the-wall chick who did not hesitate to get right in your face and put you in your place. Back in 2007, Foxy was sentenced to a year in prison after a string of assault charges including attacking a nail salon employee. Foxy still didn’t give a fuck in prison and was also sentenced to 76 days in solitary confinement after beating up a fellow inmate. Don’t step up to Foxy’s plate. 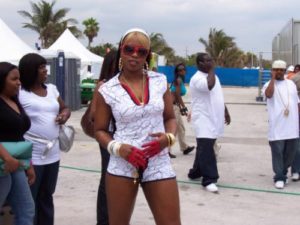 Bronx bad-girl rapper who was known for heating up the stage and starting beef with the elite, Remy Ma, caught herself at the wrong place at the wrong time back in 2007, which landed her a six year stint in the pen. After dishin’ out club bangers such as “Feels So Good”, “Whuteva” and “Conceited”, Remy took a turn for the worse over an accusation of her friend stealing cash straight from her purse. Remy did not hesitate to pull her .45-caliber handgun on her former friend in which she proceeded to let it rip and shot the victim right in the gut.