I can’t even with majority of the hype that surrounds a variety of the world’s most “prestigious” rappers that don’t even take the time to write their own rhymes. It is the sad truth that selling out and dumbing it down for more sales is a piece of the Hip-Hop puzzle these days that sends true Hip-Hop heads minds running through a maze. When you get down to the roots of Hip-Hop and Rap, it is not about who can increase their fan base or get ahead of their paper chase by acting upon faulty mainstream appeal to get ahead in the rat race. I straight up don’t mean to throw shade; I simply ain’t fallin’ for the cliche. Here are a few of the times when ego has gotten in the way of three Hip-Hop and Rap musicians who lack true talent and are placed upon a societal pedestal for no other reason than their sex appeal or actions that are unethical. 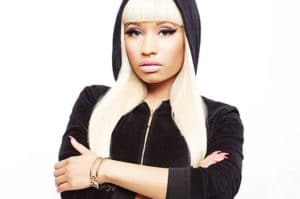 Does it surprise you that she tops the list? Nicki has been brainwashing kids and vulnerable grown adults with awful lyrics and stage gimmicks ever since her 2010 debut studio album release, ‘Pink Friday’. Not only is she a terrible role model that has zero class, she lacks adept mental capacity and her lyrical deliveries are a downright catastrophe. “Anaconda” may be the worst song I have ever heard and Nicki’s trashy disposition is absurd. Nicki Minaj is the epitome of a sellout who will act upon any phony bologna to rile up a crowd. If you are interested in paying over $1,000 per ticket to see a bimbo lipsync throughout her entire show, Nicki Minaj is the way to go. 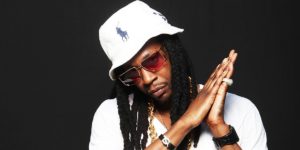 2 Chainz is an absolute joke. Between phony punchlines and “rapping” about nothing but sex, “bitches”, nickels and dimes, 2 Chainz has certainly created his own lane that is leading his rap career into it’s grave. Chanting “I’m Different” has racked up stacks of cash for 2 Chainz, who has blown up seemingly overnight for putting out a track that true Hip-Hop heads wouldn’t listen to if you paid ‘em. The God Awful trainwreck shows “nothin’ but love” at clubs around the world in which he runs womens for what they’re worth in attempt to get his hands into their skirts. For all of you hooligans who have fallen for 2 Chainz crap, don’t forget that all he wants for his birthday is a “big booty hoe” and then remind yourself that in the category of self love, you have a long way to go. 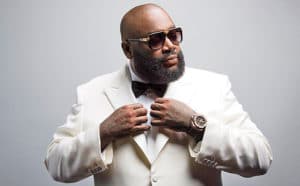 It stings a tad to admit this one, but Rick Ross is one of my victims. The Florida-based rapper’s major claim to fame was his 2006 debut studio album, ‘Port of Miami’, which features his two major tracks “Hustlin’” and “Push It” which are catchy and stacked Rick some bread  but will leave listeners brain dead. Ricky Rozay has morphed into a staged character that can barely rap and leaves true Hip-Hop heads sick and tired of hearin’ about his bosses, dons and bitches while he is solely seeking to stack his fiscal digits.