The ever-poppin’ Toronto rapper, Drake, dropped his highly-anticipated fourth studio album, ‘Views’, on April 29th, 2016, which is full of hardcore hip-hop beats, soft textures, simple melodies and smooth, relaxed annunciation which gives off an incredibly relaxed vibe throughout the entire incredibly personal album. Considering the roster of noteworthy album releases this year and much anticipation mounting, Drake is gassed up on the hot seat over an emotionally driven musical ride depicting “the other side” of fame. 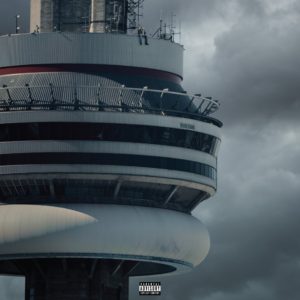 The album kicks off with the slow jam, “Keep The Family Close”, that is brimming with godawful lyrics and auto-tuned swagger that conscious hip-hop minds are instantaneously turned off to along with relational woes that capture the soap opera effect that has inflicted Drake’s lyrical content. The third track, “U With Me?” leaves listeners barely hanging on after Drake’s mama hit his phone and said rap is no good and the bar, “You toyin’ with it like Happy Meal”, sparks nostalgia of the adolescent mind accompanying the years Drake spent at Degrassi High. Drake has a natural knack for catchy hooks and punchlines which showcases throughout the album’s sixth track, “Weston Road Flows” which spills the beans on a lot of baggage on Drake’s chest and highlights memories on a street in Toronto that the Toronto Raptor’s fanatic grew up on. Fellow Canadian rapper, PartyNextDoor, backs up Drake over mixed vodka and emotions on the album’s eighth track, ‘With You’, that’ll make your car stereo knock and rises to the occasion of serving as a smooth banger for college house parties full of dry cries and choosy lovers dying for the spotlight for one night. I painfully feel the dip and bat an eye as I internally ache throughout the album’s tenth track, “Still Here”, which displays Drake selling out on autopilot over reflecting on how well him and his friends are doing and musing upon a talk with God.

Drake’s mainstream hit-making ability shines over “Pop Style” which drops the corny line, “Got so many chains they call me Chaining Tatum”, which leads listeners to a loss of respect and hope for the remainder of the album which I am barely able to take serious moving forward. Drake claims to have it far rougher than he truly does, and the spoiled mentality accompanying the occasional tough guy, aggressive lines appeals to the world’s most powerful block of consumers, which is genius on Drake’s part for monetary gain. The promotion of inauthentic behavior and overly-cliche lyrics reveals the course of action Drake decided to take over ‘Views’.

This record meets Drake’s abounding mainstream audience, but true Hip-Hop heads that have been following the man from The Six from the days of ‘So Far Gone’ acknowledge that Drake’s emotional spills are played out. The lack of lyrical substance over multi-million dollar beats meets the younger generations expectations, but the stereotypical average over ‘Views’ flops in the minds of true Hip-Hop heads across the nation.