Although Atlanta hustler, 21 Savage, graced the almighty cover of XXL for their 2016 Freshman Class, the bell has kept ringing for him and 2017 looks as though it’ll be the year that he sets the world of Hip-Hop on fire. Stirring up controversy with Tyga by throwing cutthroat shots at Kylie Jenner was a key moment that proved that 21 Savage certainly has no remorse and is out to blaze a trail through his course. 21 Savage’s 2016 drop, ‘Savage Mode’, was one of the most underrated lyrical albums of the year. If you dig cutting deep into the heart of the matter, 21 Savage will serve you up with a platter of raw material heavily influenced with trap that’ll seep into your skin. Housing tracks such as “Ocean Drive”, “Real Nigga”, “Savage Mode” and “No Heart”, the lack of buzz surrounding the EP certainly beats me and showcases that Hip-Hop critics are selling out and going through a moral drought. Here are six rhymes from 21 Savage’s discography that’ll lead you into the new year with a fresh outlook on his promising career. 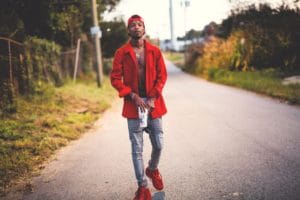 “I’m in diamond district ’bout to buy a new watch
I’m fuckin’ on a model and we ridin’ a yacht
They like “Savage, boy you came a long way from that pot”
I’m still a street nigga so I keep me a Glock
I made it off the block, bitch I beat the statistics
I told that bitch I got a bitch so don’t you leave me with hickeys
Bitch I’m on them Percs, got me twitchin’ and itchin’
Drinkin’ all this syrup, I’m bout to fuck up my kidneys
Young Savage, I get high just like Bobby and Whitney
And plus I’m rich bitch, I ain’t gon’ need me no pension
I walk off in a room, I be feelin’ the tension
I swear these niggas like hoes, all that whinin’ and bitchin'”

“I sit back and read like Cat in the Hat
21 Savage, the cat with the MAC
21 Savage not Boyz N The Hood
But I pull up on you, shoot your ass in the back
Stuart Little, heard these niggas some rats
Pockets full of cheese, bitch I got racks
I’m a real street nigga, bitch
I am not one of these niggas bangin’ on wax
Pussy niggas love sneak dissin’
‘Til I pull up on ’em, slap ’em out with the fire
Wet your mama’s house, wet your grandma’s house
Keep shootin’ until somebody die
So many shots the neighbor looked at the calendar
Thought it was Fourth of July
You was with your friends playin’ Nintendo
I was playin’ ’round with that fire
Seventh grade I got caught with a pistol, sent me to Panthersville
Eighth grade started playin’ football
Then I was like fuck the field
Ninth grade I was knocking niggas out
Nigga like Holyfield
Fast forward nigga, 2016
And I’m screaming fuck a deal”

4.
“I’ma do the dash when I back out
I’m a rich nigga, I can’t take the trash out
Better cuff your bitch I brought my cash out
Nigga better watch they mouth cause I’ll spazz out
Catch a nigga down bad and I’ll air it out
Bitch I rep that Murder Gang and we’ll clear it out
Catch a nigga main bitch and we gon’ shell out
And she so fine, I love the way that booty spread out
And you know I keep that Glock with the red dot
Shoot a nigga in his face, he ain’t bad now.”

“My heart so cold, I can never fold
I’m on the paper chase man, fuck these hoes
I’m poppin’ pain pills, got my heart moving slow
All I know is hustle ‘cause I hate being broke.”

“Narcotics on me, I be mad high
Dressed in Bathing Ape, I be mad fly
Savage sending hits like a wise guy
I’ma sit in front the judge and tell a damn lie”

“Big bullets leave a big hole
I was raised by the G code
Don’t bend, nigga don’t fold
My uncle taught me how to scrape the bowl
And my auntie still smokin’ blow
Came from nothin’, nigga we was poor
Eviction notices all on the door
Take out trash for some school clothes
I’m the one that the streets choose”