New Orleans original hustler, Pell, is an Underground charming Prince of smooth and soulfully crushing Hip-Hop musical beauty. It’s time to whip out the Kleenex and explore and address our own neuroses over the soothing, entrancing vocals serenading our senses throughout Pell’s discography abounding with single’s, one EP and mixtapes. Pell cuts to the core of societal issues and topics such as Friday direct deposits to pay rent, lunch money and graveyard shifts and showcases a dose of humanness that steers clear from the typical. Pell’s ethereal voice and spittin’ type elevates the atmosphere as it sails several octaves and represents a breakdown of authentic communication within our world and the lost of connection beyond computer screens. Pell has been waiting for it to rain and it’s time to put an authentic artist akin to him on the map. Pell stands out amidst a myriad of Hip-Hop artists yearning their way into our hearts and minds which startles at the core and exceeds expectations of emotional devastation with a variety of cutthroat, nitty-gritty styles to create an incredibly diversified discography with undeniably authentic releases. Here are five rhymes from the man that stand out and are pristinely detailed to showcase that Pell is nothin’ short of real. 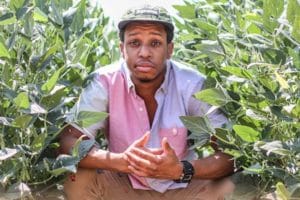 “Never rolled the dice, but God knows I’ve been lucky
I never chose the Sprite, my exception is tonight
You never told a lie, so please don’t say you love me
Just rumble this OG, and learn the lesson through the pipe
You don’t want to feel no more, me too (me too)
Sprawling out on my floor, just lost the groove
Ok now fill it up, ’93 supreme, we got gasoline
I should’ve stopped, but I need some wings, come and fly with me
Deja vu, it’s the same old scene, my life been a dream
And they can’t stop, what we meant to be, tell them c’est la vie”

“It’s hard to stay loyal when there’s thousands who adore you
Blame it on the business Like I’m really gone employ you
Spill on aisle nine hard to mask like paranoia
Knew I shouldn’t hit the blizzy, now My boss thinks I’m a hippie
Would have went to class but I was studying some titties
DD’s the whole term cause I ain’t passing on what’s tempting
I was kidding they were C’s but at least you paid attention
Or at least enough to follow my description of an image
That I thought was what I needed buying sexing from off the tv
Sprinkle me with rims and Watch the locals try to be me
Bash me on the web but never say it when they see me
Swear I never clipped my nails the way I leave these pussies bleeding, Metaphorically”

“I hit the highway and laugh, cause we up
Caught in traffic but it ain’t slowing me up
I took my foot off the gas, to ease up
Got no worries because we ain’t in a rush
If dreaming could open doors
My money a million long
Tell papa I made that living
Off stories that made these songs
Grab whiskey for celebration
Grab homies to keep me warm
Tell shawties to come on over
And tell them stay off they phone
Let’s express ourselves
Life without a warning
Might not end up well
But we’ll find out in the morning

Track – “In The Morning”

“I’m cookin’ up crack
Now the haters want the recipe
Before I let them sell me dreams, I tell they wife; ‘invest in me’
Why the hell she sexing me?
See you ’round camp does that mean
Still the only rapper that begs for sex
Constant reminders I ain’t dead yet
It’s 2014 and I ain’t there yet
So I pop my bottles to protect my set
Asking god questions like why I still flex?
I ain’t tryin’ fight it, I’m just showing who’s next mother fucker”