2 Live Crew. The Hip-Hop group that has religiously struck fear into the hearts and minds of parents worldwide, particularly back in the late 80’s. Parents stumbling upon a 2 Live Crew album in their children’s bedroom was akin to discovering that their child used their recess time to smoke cigarettes in a black leather jacket and oversized jeans. Miami Hip-Hop group, 2 Live Crew, has become one of the most notable controversial acts who have pushed the bar and angered conservative activists and parents worldwide. Whether shaming on women, talking about nothing but nasty women in bikinis, ranting and raving about sexual escapades or sparking controversy or corrupting the minds of teenagers worldwide, 2 Live Crew’s career was always notably a far cry for the norm. Luther, Fresh Kid Ice, Brother Marquis, Mr. Mixx, and Amazing V. Verb have all had their experiences with the law and have dished out their balls to the wall thoughts with zero remorse. To this day, there are right-wingers and religious groups who deem 2 Live Crew’s music as the pits of hell. Let’s take a journey back in time and walk through some of the most outrageous rhymes from a group of what once was some of the most ruthless motherf**kers in the world. 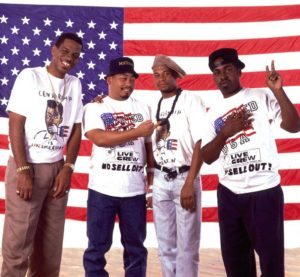 There’s always one bitch in every town
Every time you see her, her panties are down
Always dressed fresh in the ladies’ wear
She sports the weave instead of hair
Known to the boys as a real fly cutie
Tight-ass jeans to show that booty
When we met, I acted grinning
Cause in my book, she was a queen
I felt that feeling, anticipation
Later came the stories of a reputation
She was burning since she was born
I fucked anyway, cause the bitch was ON!

“There’s an old lady who lives in a shoe
Got a house full of kids don’t know what to do
She sucked and fucked all the niggas around
When it’s time to pay rent couldn’t none be found
Little Miss Muffet sat on a tuffet
With her legs gapped open wide
Up came a spider, looked up inside her
And said ‘that pussy’s wide’
Little Jack Horner sat in a corner
Fucking this cutie pie
Stuck in his thumb, made the bitch cum
Said ‘hell of a nigga am I’
Humpty Dumpty fell off the wall
Cause a ho on the ave. was sucking his balls
All the king’s horses and all the king’s men
Couldn’t put that fat motherfucker back together again”

“Dick the Almighty’s of no surprise
It’ll fuck all the bitches all shapes and sizes
She’ll climb a mount, even run the block
Just to kiss the head of this big black cock
It’ll tear the pussy open cause some satisfaction
The bitch won’t leave its fatal attraction
Dick’s so powerful she’ll kneel and pray
Awaitin’ her time hopin’ soon to slay”

“Looking at my Rolex, it’s 12:00
And my dick … is hard as a rock
My beeper ain’t went off all day
I guess all my bitches went out to play
Fuck ’em, cause I ain’t sweatin’ ’em either
Hoes is jockin’ me? I don’t need ’em!
There’s no time to waste chasin’ a pretty face
Bitches won’t have me in a rat race
They’re very bourgeois and so seditty
When you ask ’em for some pussy, they get shitty
So I turn to the bitches who are not attractive
I’m like them; they’re sexually active
All they want is a one night stand
Some dick, and no commitment to a man
Never seen in public with an undesirable
But they come clean like old reliable” 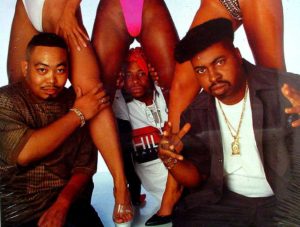