Shining bright like a diamond in the music industry is tough, but if you already have the record deal, countless tours under your belt, multiple chart-topping records and the fame tied to your name than you are certainly ahead of the time. While some Hip-Hop moguls and musicians are comfortably satisfied with enjoying the luxuries of being a celebrity and aren’t particularly focused on building their name as a brand outside of performing, there are human beings who plug away ‘round the clock to become powerhouse entertainers both onstage and off. Real talk, within the ever-changing world of the oh so volatile music industry, the most forward-thinking action to take to keep a spot at the top is to stay busy and keep producing/recording music.

Although the monster of a human being that I am speaking of in particular is a few months out of an over three year stint in the pen, the 36 year-old rapper and legend, Gucci Mane, has never allowed absolutely anything to get in this way when it comes to releasing new material. The Atlanta bred rapper made a total of one million dollars while in prison having individuals release unreleased tracks pulled from his hard drive of unheard material. Gucci Mane is the true definition of a hustler and his mogul mentality has been present since the moment that he entered the game back in 2001 when he released ‘La Flare’ on Str8 drop records. 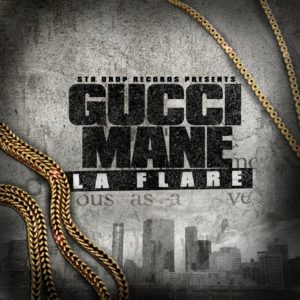 Ever since 2001, Gucci has released a total of 45 mixtape and 9 studio albums. The trap rapper is a brilliant lyricist that isn’t shy when it comes to supporting other rappers in the game and allowing frequent collaborators earn a stamp of approval by being featured on Gucci’s track. Gucci Mane’s impact on rap has become a saga influencing rappers both fresh and established in the game. Gucci has remained clouded in mystery as a standout creative and complicated man who is able to shut off the world and express his thoughts in an instance over a track. Whether deriving inspiration from sitting in the United States Penitentiary or simply being a free man on the streets, Gucci has a million thoughts running through his mind on topics that groups of rappers didn’t even acknowledge existed.

Gucci has lost some serious weight, packed on tons of muscle, is living life as a sober man, shed the demons in his mind, improved his vocabulary tremendously, has chosen to carry himself in a more professional gentlemen like manner, adores his girlfriend/wifey, and is working with an all-star production team with the shared goal of being the absolute best in the game. Gucci sheds light on his past life over the album’s banging ninth track, “Robbed”, while sticking to his hardcore style of rap with no remorse. You’re damn right, Gucci; you have cooked up a recipe for disaster for those on your trail; everybody is looking.