There is no silver bullet or magic potion to delivering a consistent, passionate and flat-out raw stage performance night in and night out. The soulful and brutally authentic legend, Lauryn Hill, went through a wrath of scrutiny due to arriving two hours late for her Atlanta show at The Chastain Park Amphitheatre on May 6th, 2016 due to making the decision to “align her energy with the time”. 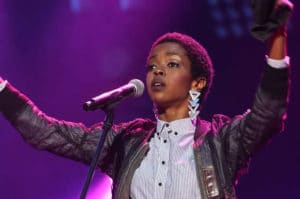 Despite the tumultuous and at times downright rambunctious struggles surrounding the former Fugees Queen and multiple Grammy Award winner, Lauryn’s undeniable talent, illustrious career and bold action toward further propelling hip-hop into mainstream culture is commonly forgotten. Ms. Lauryn sat her hardheaded ass inside of a prison cell on a three-month sentence for failing to pay income taxes as an act of defiance/civil rights in Connecticut back in 2013, located 80 miles from her hometown of South Orange, New Jersey. Lauryn is notorious for having fans in the audience removed from the crowd (along with an issued refund for the price of their ticket) if they are disrespecting the Queen, and engaging in one and one conversations with concertgoers in the midst of her live performances. Lauryn has turned down interviews with Oprah, has experienced numerous publicized mental breakdowns, and absolutely emphasizes her refusal to get photographed although many human beings are beyond starstruck by her sheer presence. The Queen’s multi-award winning 1998 debut release, ‘The Miseducation of Lauryn Hill’, manifests a wave of love and pain with an intensely personal, enduring vibe of empowerment that has yet to be touched (and may never) in the world of hip-hop. is It is quite obvious that Ms. Lauryn Hill does not give a rat’s ass if her music makes it onto the charts. 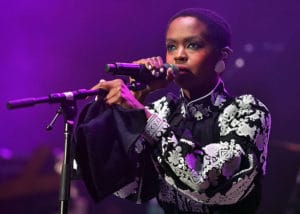 The music industry can be a blood sucking business in which many artists have broken their backs and/or squeezed every single ounce of their blood, sweat and tears into the game to be enslaved by faulty contracts and billions of dollars being made off of their talent by the industry without receiving the proper cut. Ms. Lauryn Hill has stood her ground and escaped the chains as one of the most gifted female emcees of all time, and the fact that she is receiving the sh*t end of the stick from “dedicated” fans after arriving late for her show because the artist remained honest with herself and did not want to put on a show that lacked heart and soul baffles me. And don’t forget that Lauryn has stepped out of herself and promised to make it up to the enraged Atlanta fans in the very near future. The record industry, disgruntled fans, unappreciative critics, music gurus and so on; the bottom line is that nothing is going to silence or suppress the legacy, voice and erratic behavior of Ms. Lauryn Hill. The Queen is one of the most authentic artists of all time who is far from ashamed to express her demons while soul-searching her way out of the matrix. Mad respect and thank you for candidly fighting the battle that has silenced many artists before you, Ms. Lauryn Hill. Remember: Lauryn is only human.