It’s that time of year again. NFL playoffs are in full effect and Hip-Hop heads and musicians are making their bets. Get ready to spend your Sunday nights glued to the couch or cheering from your favorite stadium across the country as Hip Hop superstars tweet away throughout the game. The contribution that rowdy and ruthless fans make can sometimes be the key additional factor that helps team get over the line. Fans are everything to sports. Fans are the asses in the seat full of beer, american food and enough pride to drive a sane man crazy. They drink too much, yell too much, and treat their admission to the game as means to behave in ways they have never behaved before. Emotions run high on and off the field during the game, and with all of the passion within the fans, there certainly comes rivalries that cause uproars of pure comedy, tension and rowdiness. There is always something in a player that gets under every single hardcore NFL fan. And Hip-Hop superstars are fans in this medium too. Check out rhymes by Hip-Hop football junkies who translated their love for football into their lyrics. 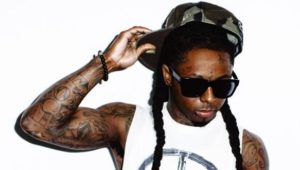 “Ain’t tall enough for the NBA
I ain’t big enough for the NFL
Should’ve been in NWA
Fuck the police, Five-0 and Twelve
One time for your mind bitch
Never say nevermind bitch
You a penny short of a dime bitch
No nonsense
Had a nine since
I was nine bitch
Yeah
Born to murder
Bank account on fat, bustin out the girdle
Tell ’em boys ain’t nothin sweet
It’s sauerkraut, ya heard me?
They find ya body in New Orleans on Mardi Gras on Bourbon
Like Oh Lord
Humphrey Bogart
It’s a bird, it’s a plane; it’s a crow-bar
For the most part I’m the southern coast guard
AK-47 spittin flame like a blow torch
Sorry 4 The Wait” 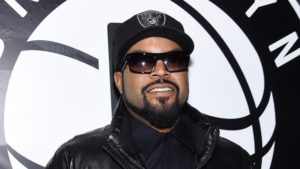 “Fuck school nigga, if I grow a little taller
Everybody tell me I’m gon’ do it, I’m gon’ be a baller
So fuck that thinking, fuck that thinking
Fuck them Lincolns, I want Franklins
Come back through here with my crew, I’m gon’ have my own shoe
I’m gon’ be that little fool coming in your living room
Starting point guard nigga, fresh out of middle school
Either it’s the NBA or it’s the NFL
I don’t know what else I can do to keep my ass up out of jail” 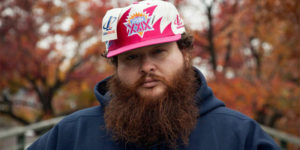 “I make kids, NFL ready
Yours are 23 wearin’ bibs slurping spaghetti
Your family cancer took her tits off
Don’t even look us in the eye
Spit the shit to make a lesbian cry, dyke” 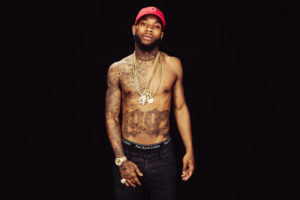 “I touchdown just like its NFL, then I’m in a SSL
Then I’m in a shawty named Vanessa cell
I’m pullin’ off the SLS, sippin’ VSOP
It got me stressin’ and yes I’m callin’ up the SOD’s
Abbreviation talk, bang bang hate to talk
We pull up in matchin’ cars ’cause we hate to walk
With more problems always comin’ from this dope shit
Hoe shit, want to stop your whole cash flow shit
Put your feelings in the air, niggas wanna hold shit
Oh shit, hate the man the “open the door” shit
I’m only fuckin’ with my nigga Sasha
A lot of niggas is some rich impostors” 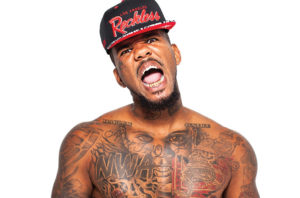 “Clip tosses, since niggas is brick flossing
Now the bloods with Slauson, so niggas go get coffins
Compton like the NFL, niggas get hit often
Hairy bud I green, make niggas forget Boston
Red bone bitch, she high on blue dolphins
Head game sick, she bi and switch often
It’s kush bitch, quit coughing
My six, got streets talking
Timbo’ this shit scorching, got bloods and crips walking
It’s Nip’, so get up off him
We like Biggie and Jigga mane’
The Nickerson’s is Marcy, Bed-Stuy and Slauson
My flow something like Nasir, I should put a pause here
Run and tell niggas the gods here
This Califonia kush got me in God’s ear
We got them ace of spades, but ain’t no cards here
Just a crip, a blood, a couple exotic cars here
And these extra long Clips, like Lamar’s here”