Atlanta, Georgia, hustler and straight killer on the mic, Young Jeezy, decided to keep the celebration of his seventh studio album release, ‘Trap or Die 3’, rollin’ by announcing to the world and all of the boys and girls that admire his empire that his next album, ‘Snow Season’, is already in the works and will drop before the year comes to a close. Hittin’ hard and back to black with back-to-back tracks showcasing the otherworldly skills that flood the streets with unforgiving tales spittin’ the truth about pressin’ hard for bail, Jeezy’s ‘Trap or Die 3’ is another installation of his ‘Trap or Die’ collection that dishes out a street education. It’s apparent that Jeezy still gives zero fucks while expressing anything that is on his mind from telling your grandmother to zip up or rippin’ up a police ticket. Staying open about his criminal past or telling politicians to shove their perceptions right up their ass is simply what Jeezy does best. The gangster sheds blood over 16 tracks that are abounding with puns and straight facts; here’s the 15 hottest rhymes from Jeezy’s seventh studio album and one of his greatest of all time. 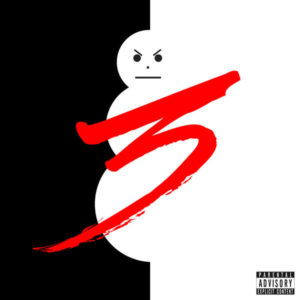 You know her when you see her, she gon’ be the coldest in the crew

Had a whole city talkin’ ’bout, I think they ain’t got ’em.”

You can’t talk, gotta show me, them brown bags, y’all owe me.”

Can’t forget the legs, bitch you must do pilates

You mothafuckas stand around, let’s fuck up some bread.”

Then throw it in that water like a barracuda.”

Back to myself, yeah I’m motherfuckin’ cocky

If I take off all the chains we can play a little hockey.”

And a bitch so bad you don’t see all the flaws.”

When I open up my eyes, I see none of them motherfuckers.”

Flip a CD like a brick, bitch, I’m an acrobat.”

They all want a piece of Jizzle like a cake.”

Can’t talk about the trap and not mention me.”

They say I’m too classic, said I’m still the underdog

Yet my black ass stay shining like some Armor All.”