Devoted hip-hop heads and rap lovers all over the world are aware of Atlanta’s southern culture that has produced some of the most legendary MC’s and trap stars that have brought their skills to the table and expanded ATL’s reach across the globe for those who desire spitters that don’t sugarcoat. There are catalysts that influence change and forces to be reckoned with that spit their hearts out on the streets for society to soak up beyond the hip-hop elite. Here’s three of the hottest underground rappers in Atlanta, Georgia, who at the moment, are dishin’ out rhymes that are seemingly omnipotent.

A genuine talent setting himself apart from the masses, Atlanta’s own, Johnny Cinco, released his mixtape, ‘Trap Religious’, in 2015 on Beatmonster Marc Music that showcases a kid from the trap spittin’ his heart out as if it’s therapeutic. Considered a seasoned vet of the underground game as he dishes out a glimpse into his mind that is ahead of his time, Johnny Cinco is on the rise as one of Atlanta’s top underground dogs that refuses to compromise as he excels beyond what is televised.

They bringing out guns cutting down trees

Keep your hands away from me.” 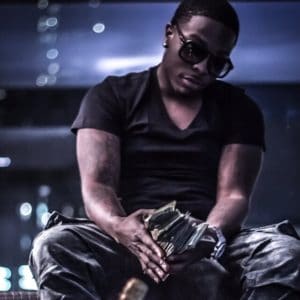 Social activist turned Atlanta underground king, Yamin Semali, lyrically illustrates his soulful consciousness with utter grit and sheer confidence. When it comes to wordplay that creates the grey between the typical black and white, Yamin puts up a fight that showcases that the underground is the home of legends that teach lyrical lessons and use words as their weapons. Gifted in ways that sends listeners through a thought-provoking musical maze, Yamin’s project, ‘Monday/Friday’, shares a look into Yamin’s projection of society as the social activist twists and turns through adlibs.

The martyrs of the sovereigns

Be all up in my aura

I’m the harvest of their garden

To keep our hearts from hardening

Power in that spoken word

Even flowers grow from dirt

Faster from that CO2

That we produce, when blowing herb.”

Clever and witty over rhymes that showcase no pity, Atlanta underground king, Zip K, is a human being that will add a pep into your step while tossing out lyrical jabs right and left. Steadily making a name for himself beyond the underground though sticking to the essence of delivering rhymes that leave a soul restless, Zip K 2015 mixtape release, ‘404 Error’, leaves listeners curious as to why they were snoozing while Zip K dishes out a discography of tracks with zero delay.

“My arm caressing a model, she look like Nelly Furtado

Track – “Please and Thanks” 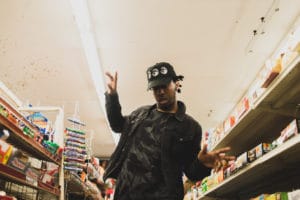