Whether you were raised in New York, moved to the city or are soaking up the bustling urban culture while you’re visiting, Brooklyn is an expansive creative cave full of character and some of the most far-reaching and unmatched cultural impact. Gathering on street corners to spit pure poetry with a chip on your shoulder over mechanical sounds and beats is a treat and subway walls being used as canvas for lyrical mantras showcases the breadth of underground talent. Spittas strikin’ a chord in your mind through dishin’ out some of the realest, heartfelt and philosophical shit you’ve ever heard is simultaneously serving to expand their core audience and cementing their impact deep within the underground. Here are three underground artists that are shedding light on the truth and shinin’ in mind far ahead of their time.

Jay Boogie aka The Pretty Spitta

Brooklyn’s love child, Jay Boogie, has an outlandish style and a lyrical delivery that is on another level. Consistently putting out hit after hit, Jay’s talent is a rare gem that gleams in the colorful matrix within his head. Jay is a living, breathing fresh breath of air who creates the notion that he can see into the future over profoundly raw tracks such as “Body Principles”, “Terminal” and “Heart Booster”. Jay is nothing like you have seen before and spits rhymes that will drop your jaw to the floor. Check out Jay Boogie on Soundcloud. 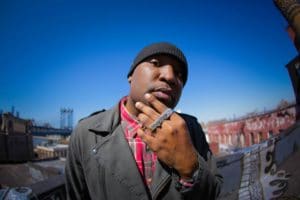 If you are seeking a tremendous wordsmith with impressive lines and relatable content, you’ve landed on the man with the master plan. The Incomparable Shakespeare is putting in the work to achieve his dreams by any means necessary and his lyrical pizazz delivers a vicious punch to the gut with an intellectual touch. Making his hometown a central feature, check out the nothing short of immaculate, The Incomparable Shakespeares, collection on Soundcloud. 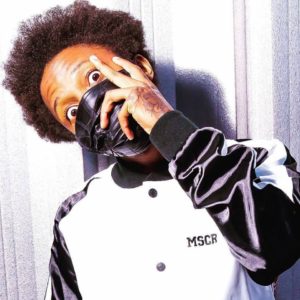 Although the man has made his way out of the underground and is paving his way out to reach a broader audience, Dillon Cooper has engraved his no cliche’ touch into the underground with everything from social commentary to lines that you would soak in your public library. The New York native has been a part of the burgeoning underground scene for years and has shed his blood, sweat and tears to reach the level of success he is encountering as he soars high and above his peers. Displaying his wit over monster tracks such as “Practice” and “Dead Prez”, the young Youtube Monster is a name that is getting accustom to being at the top of the roster. Check out Dillon Cooper’s magic on Youtube.