D.C. MC stuntin’ on ’em while they’re frontin’, Wale, has yet to be on the receiving end of the amount of credit that an individual that even touches his caliber deserves. Refusing to sell out ever since his debut drop, ‘Attention Deficit’ in 2009, Wale has implemented an authentic touch of truthfulness into his lyrical wizardry that is typically frowned upon by the industry. Surpassing the psychological fixation toward money, drugs and hoes, Wale is a class act that addresses how a gentleman should treat a woman throughout each and every one of his albums with ease and is an exemplary example of a different and more forward-thinking species of rappers. As a lead member of the MCG (Maybach Music Group), Wale has dished out a steady stream of bangers both on his own and with his Maybach peers that shift gears away from sellout material. Although the man has decided to slow it down in the game to raise his newborn daughter, it is evident that Wale puts 100% in on every track. As one of the fiercest lyricists in the game, here are 10 of Wale’s verses that prove that he is a King ridin’ steady in his own league. 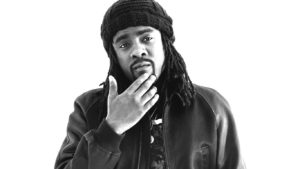 “Well wishes to my opposition
You niggas probably cop a plea before you cop a pistol
I got nothing against them, they got fucking potential
But every nigga who can read gotta get his issue
Subscribe, niggas reside where all the lions and killers be
And I ain’t spend a minute up in the streets
But I’m limitless mentally, I’m lyrically ZMT
Lebron shit, I was in that 6 after 23”

“Ambitious girl, your drive, drives me crazy
I’m tryna stay with you, lay with you
I’ll pay your tuition, and pray with you if you ain’t in to wishin
I’m tryna fuck the shit out your aspirations
See, the last one I dated, I hated
We wake up, I go to work, she leave out
Come back with some make up, high heels, and a purse, or
Worse I ask, “Babygirl, what you aspire to be?”
She reply to me like, “why you perspiring me?” bitch..
Pardon me if I’m sweating you but
I wanna see something else in you before I invest in you
Ambitious girl, (what its hittin for?)
I’d rather you tell me to hit you later
Because you gotta finish a paper
Then to be in my face asking for a Rose cup”

“Gucci S. Dots, whole hood had ’em
Ice cream ‘fore the hypebeasts that’s into fashion
Being forreal, yo try being Pharrell
When your black ass in a back class, the fronting was real.”

“To be honest, I’m modest; one hater for every nigga on it
One day everybody is applaudin’ the next day you is everybody target.”

“Malcolm X: Get yo hand out my pocket
Some niggas walkin’ with death, guess they ran out of options.”

“Look, I lost my nigga over nothing though
Saeed Alisha I miss you, god bless my brother’s soul
Ricky is sitting, Baba was sitting
Caught up and slipping for fearing a McDonald’s position
Seen it over a dollar, got him under a flower
Funeral drama, niggas mystery baby mamas
They ain’t really for condoms, I just think that it’s shocking
Got no fear in no officer, they be scared of them doctors.”

“I’m living a life without trusting
Yea, too much hate when ya crew hot, too much love get you 2Pac’d.”

“Yeah, my affinty grows as the city gets cold
As you reaching your goals, you gon’ meet you some foes
Having dinner with Leonsis I’m dreaming to own
But for now me and my homies see the bottom floor
I’m trying to redefine the culture, and renovate the soul.”

“Women love you for fee, niggas hate you for nothing
Never hate you in public, better let they eyes tell it
Ain’t even 5’11″, what the fuck you guys scared of
I’m a loose cannon, screws damaged
And I do think hip hop music needs some newer standards.”

Track – “This Thing of Ours”