In the era of PR savvy posts and click-bait attempting to make a fool out of Kanye West, no matter if the King is at his best or not, he has earned and claimed the present-day top spot. It has become a socially accepted manner of thinking to shun those who are frank and outspoken, and although Kanye’s lack of a filter is off kilter, it doesn’t undermine the man’s multifarious talents. Each and every human being experiences highs and lows, and Kanye ain’t afraid to test his limits. Taking it a step further than expected is what sets Kanye apart from the fools on the sidelines who are striving to upkeep the uptight and corporate reputation of their byline. Kanye West doesn’t give a fuck, and it shows, but a lot of his positive and inspirational traits tend to get overlooked. Here are five examples of how Mr. West has created a better world for every single boy and girl. 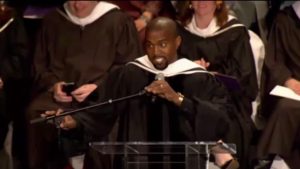 Kanye West delivered a speech at Harvard University’s Graduate School of Design on November 17th, 2013. Here’s a thought-provoking excerpt of what Mr. West had to say about the U.S Government.

“I believe that utopia is actually possible — but we’re led by the least noble, the least dignified, the least tasteful, the dumbest and the most political. So in no way am I a politician — I’m usually at my best politically incorrect and very direct.” – Kanye West 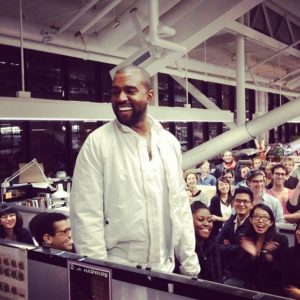 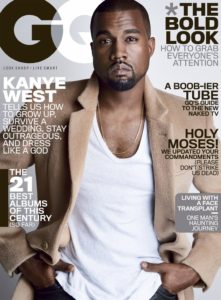 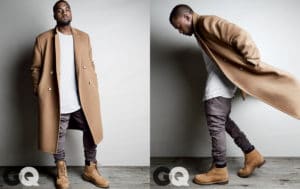 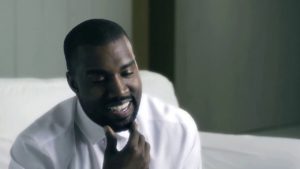 “When I had my accident, I found out at that moment nothing in life is promised except death. If you have the opportunity to play this game of life, you need to appreciate every moment. A lot of people don’t appreciate their moment until it’s passed. And then you gotta tell those Al Bundy stories — ‘You remember when I…?’ But right now is my time and my moment thanks to … everyone that’s helped me. And I plan to celebrate. I plan to celebrate and scream and pop champagne every chance I get … Everybody wanted to know what I would do if I didn’t win. I guess we’ll never know.”