It’s a tough time for the world as we all collectively face the unfortunate fact that the 45th President of The United States is a lying, derogatory, deceitful, and downright evil slime-bag that is old enough to be your granddad. This is the time where artists all over the world in all mediums must come together and fully express their built up tension brimming from the 2016 presidential election. As we all know, the world of music and Hip-Hop and Rap in general has zero remorse when it comes to walking the line and saying it exactly how it is, and here are five rhymes from some of Hip-Hops finest who ain’t putting up a front about how they absolutely disdain Donald Trump. 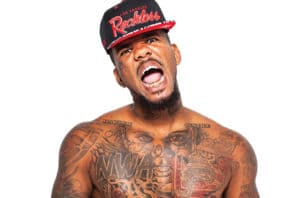 “Come through and knock Donald Trump out his toupee
Now look at his brains all on the sidewalk
And tuck the .38 and jump on my skywalker
And whew, I’m rollin’
Shotgun, Claudia Ochoa (I am the God)
Only nigga walking through Sinaloa with the blood
Red Chuck Taylors on and you know it when I show up
It’s a squad full of killers, squad full of hittas
Squad full of niggas that’ll pull up, let it bark on a nigga
Hundred six shots bark on a nigga
Street sweeper wet the whole block up, Noah’s Ark on a nigga
Got two Glock 9s, two .45s, two Desert Eagles
And they fly together side by side
No juego conmigo, tu sabes de mi
No Tony Montana, mis amigos, mis kilos
Mi casa, su casa cuidado con el chico
Tu quieres la plata yo tengo perico” 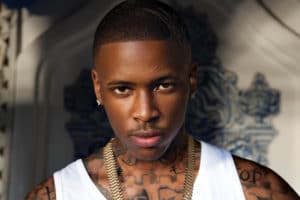 “Yeah, yeah, fuck Donald Trump, yeah
I like white folks, but I don’t like you
All the niggas in the hood wanna fight you
Surprised El Chapo ain’t tried to snipe you
Surprised the Nation of Islam ain’t tried to find you
Have a rally out in L.A., we gon’ fuck it up
Home of the Rodney King riot, we don’t give a fuck
Black students, ejected from your rally, what?
I’m ready to go right now, your racist ass did too much
I’m ’bout to turn Black Panther
Don’t let Donald Trump win, that nigga cancer
He too rich, he ain’t got the answers
He can’t make decisions for this country, he gon’ crash us
No, we can’t be a slave for him
He got me appreciatin’ Obama way more
Hey Donald, and everyone that follows
You gave us your reason to be President, but we hate yours” 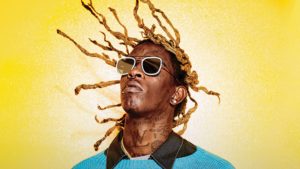 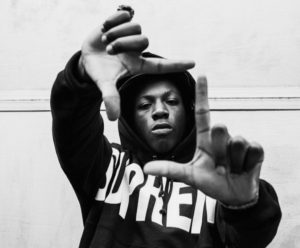 “Sometimes I speak and I feel like it ain’t my words
Like I’m just a vessel channeling inside of this universe
I feel my ancestors arrested inside of me
It’s like they want me to shoot my chance and change society
But how do I go about it? Tell me where I start?
My destiny rerouted when I chose to follow heart
You told to follow suit, but tell me what it do for you?
Except weigh you down, now you trapped inside the cubicle they built for us
The first step in the change is to take notice
Realize the real games that they tried to show us
300 plus years of them cold shoulders
Yet 300 million of us still got no focus
Sorry America, but I will not be your soldier
Obama just wasn’t enough, I just need some more closure
And Donald Trump is not equipped to take this country over
Let’s face facts cause what’s the real motives” 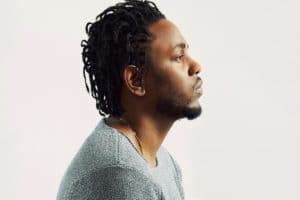 “Hiiigher power, every other hour since Eddie Bauer
Since stash boxes and lead showers, breaking the padlock
And the dead coward dying a thousand deaths, entire lion
Surround itself with bears, watch it nigga, you share a profit, ah!
This is what they want, I’m the one
This is vintage from nineteen-eighty-somethin’
I’m the son of the pioneer that got you near the sun
Play with him, bitch you better off voting for Donald Trump
I’m yelling Mr. Kanye West for president
He probably let me get some head inside the residence
I’m in the White House going all out
Bumping College Dropout, God-bless Americans
Nothing more influential than rap music
I merge jazz fusion with the trap music
I mix black soul with some rock and roll
They never box me in, I’m David Blaine-ing all you hoes”