There is unsigned hype flying under your radar all over the world and Detroit MC, FlyBoi Rich is a prime example. Although y’all should already know the drill by now, the underground in Detroit always has something up their sleeve, but when it comes to bringing to life masterpiece after masterpiece, Flyboi Rich’s tracks are the treats that you need in your life. I caught up with the man to discuss his current endeavors, how growing up in Detroit has influenced him as a musician, what’s in store for 2017 and more. 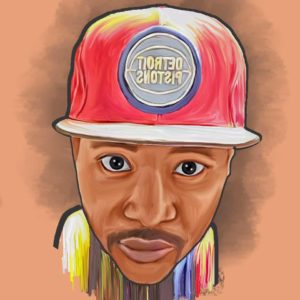 1. First and foremost, introduce yourself to our readers. Who is FlyBoi Rich?

Flyboi Rich is a Michigan artist more focused on Boombap and the soul side of music. I am entrepreneur. I like to consider myself a brand.

2. How has growing up in Detroit influenced your artistry as a musician?

It gave my music more of a meaning so when im saying something its something that touches my community. So its more of a feeling to me when i say a certain lyric in a song.

3. Tell us about one of your recent experiences and the creative process behind bringing to life your track, “Detroit Dreamin” in the studio?

“Detroit Dreams” was always a song that I had thought of doing just to show that Detroit aint always as bad. It is just that certain situations get noticed alot here and put out a negative energy. I’m more on a good vibe tip.

4. What current projects are you working on? What do fans of Flyboi Rich have to look forward to over the next six months?

Definitely shows and they can expect a mixtape a ep a few videos and they can begin to check out dopeshytradio.com as its developing and playing streamed music 24 hours. Also the Cutmagazine, HupHopForumBlog and UnsignedHype

5. If you had the opportunity to collaborate with any musician and producer on one track, who would you choose and why?

J. Cole and Kanye West. Or maybe Jay-Z and Metroboomin because I think that the mixture would make a dope track & something classic.

6. Any upcoming shows that you can fill our readers in about?

Stay tuned I’m trying to make big moves. Moves so big that I wont have to inform so please bare with me.

7. If you could share any words of wisdom for kids growing up aspiring to be in shoes similar to yours as a rapper, what would you say?

Become more than your idol. Think past your idols dreams and chase after that. Think positive a keep good vibes around you.

8. Last but certainly not least, any closing messages for your fans?!

Thanks to all the supporters the blogs the magazines the people i been able to connect wit have been great. Thank you to Jessica for taking the time out your busy schedule to even do this, much appreciated. Shout-out to my dopeshyt team and also TUNE IN TO DOPESHYTRADIO.COM 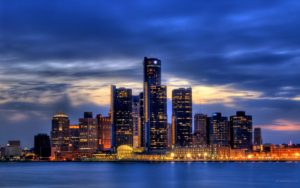