Carson California King, Ab Soul shook the game on a shared release day with J.Cole, who was slated to dish out a legendary album that ended up coming up short to the enlightened TDE man with the keys. It’s been over two years since Soul released any new material, and it’s evident that he traversed through the intricate maze in his idiosyncratic mind to whip up a lyrical masterpiece that touches base on women, his eternal love for the late Alori Joh, politics and societal catastrophes. Although fans are eager to see a reunion of Black Hippy with Soul’s TDE brothers, Kendrick Lamar, Jay Rock and Schoolboy Q, Soul did also take it to the public that Black Hippy is no longer going to be releasing any new material and the boys that visibly have each other’s back with every new album release are focusing on their individual paths and building a legacy around TDE. ‘Do What Thou Wilt’ is an exemplary example of Ab’s otherworldly wordplay skills and his ability to lace messages from the streets with what is happening within society on a broader scale. Here are 12 of the hottest rhymes from Ab’s magical fourth studio album. 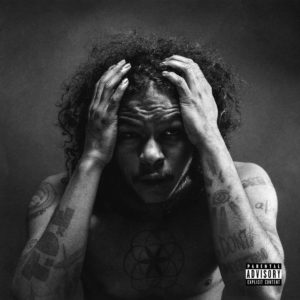 “I studies theology, ancient philosophy, astronomy, astrology The current state of the economy
Washington D.C, fossils and dinosaurs
The origin of our species
Monatomic gold
Flowers grown in feces
Christ Conscious, Pishon, mocking Jesus
The chicken came before the eggs, the thesis
I bet she’s an evil genius.”

“Way back when I was in grade school, I learned about history
But what about her story—did anybody ask?
Hm, with all disrespect
I think the American flag was designed by fags
I had it locked before the spotlight
I got a gold key and Benjamin Franklin’s kite, nigga, I’m bright.”

“Used to make love to complex simplicity all the time
Now she my star and I’m her sky and I ain’t afraid to die.”

“I’m an immortal man on healthcare
Yeah, my cautious conscience give me nightmares
I stopped dreamin’ many eons ago though
I paid my dues and rocked the bells, like Quasimoto.”

“Married to marijuana, addicted to cigarettes
Codeine’s my concubine, cocaine confidant
Adderall Admiral, absolutely, give Danny credit
Perc’ 30 flow, exactly how Saudi said it
Season pass to Xanny land, Hennessy in my piss
Can’t forget I’m psychic off them psychedelics
And for the kids lookin’ up to me for what I’ve seen
No, I don’t need any of these things to do anything.”

“I’m an evil genius, disobedient, villain you hate to love
Mischievous, mysterious, miscellaneous
Used to make love to complex simplicity all the time
Now she my star and I’m her sky and I ain’t afraid to die
I don’t give a fuck.”

“My penitentiary mind state, is it my fate?
For God’s sakes, why did I have to lose the case?
I kept it real, and I ain’t never been fake
I’m feelin’ like Biggie when he lost Faith.”

“I hope I’m in Obama’s iPod
Yeah, ‘fore I had a desktop
Was lookin’ for a shortcut to be an icon
But this time it’s for the money, my nigga
Me and the Ichiban Don got itchy palms
And I just left Emmet’s with a jar and a intercom”

“I’m from another galaxy, I’m actually an android
Look me up on your Galaxy’s and your Android’s
The Devil was created, he is not a creator
And energy can neither be created or destroyed”

“The temperature is scaldin’, the novices make me nauseous
I was like a swami of Jay Electronica until he figured
Dizzle wouldn’t admit that he would body him for a milli
I told Kenny keep quiet, I’ma get him
We don’t need dirt on your hands gettin’ the key to the city
You feel me? Hurts when your OG
Who is supposed to be a G-O-D
Is standin’ next to King Kunta feelin’ like Toby
Yeah, Moos, what I gotta do, boy?
I’m just waitin’ on your cue to take him to school, boy
Yeah, but fuck all this wordplay
Top, tell these fuckin’ stooges I’m dangerous, keep away; mayday.”

“Ruffled up a couple feathers when I called Barack a puppet show
Now that Trump is POTUS I know this election is just another Muppet Show
That ain’t even none of my business though
Whatever’s your cup of tea
Even lil’ Niemah voted for Hillary
I’m a entity, never mind my identity
My king Slim hit me with a quote that sticked with me
A criminal’s best asset is his liability
(That was crazy, lie-ability)”