Legendary underground maniac in the mind and with the mic, XXXTENTACION, is days away from being released from the dungeon and you already know that he is going to be coming out balls to the wall ready to whip up magic with the pen. The Broward County rapper who has a cult following from spilling his guts that have stayed dedicated to their anticipation of new music from the man are on pins and needles eager to hear the pension XXXTENTACION will be releasing in the upcoming weeks. If you are interested in listening to real Hip-Hop and rap that showcases the reality of the block and the every day risk of getting shot, then XXXTENTACION is the prize that’ll awaken you to life beyond societies bullshit. In celebration of XXXTENTACION’s Thursday, January 19th release, here are five of his pivotal rhymes that’ll hold you over for the time being. 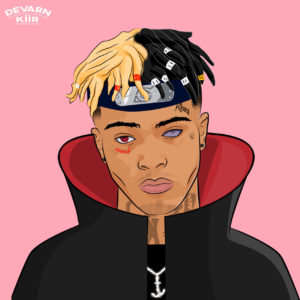 “Ay pick up the pace, tell ‘em why I ain’t find no haze
Indeed I am ready, my outfit in vain
The needle in my vein, I’m falling asleep
King of the dead, I sever your head
When shit touch the river, my rain will be fed
I touch the sky and bring life to the dead
I watch my demons become super saiyan
Oh, I’m not an orphan, death is my importance
Rush, without a soul, many will fold, feeling my bones”

“There she was with the blade in her hand
Scars on her skins replace kiss of the man
She’s played this part for as long as she’s known
Regret fills her heart as her love leaves her home
She’s learnt to be passive but such is a loss
Accepting defeat when I foreclose the cost
For her this was needed to be rid of the pain
You play the victim, I’ll play it sane
Offense or defense, passive or violent
I’ll cut my wrists till my heartbeat is silent
With the shell in my hand I’m equipped with the pump
Shots in her body until she is a stump” 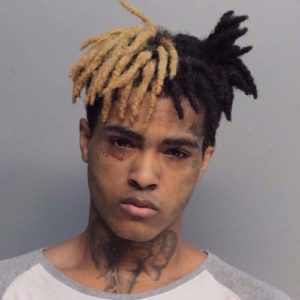 “I could preach the peace
But say fuck it and preach the murder
Cause this ain’t fucking life that we living
Go ahead and grab the extension
Uncle, cousin, brothers, send glory to all the chosen ones
That will rid you of the innocence
But in a sense
Innocent will soon be holding ignorance
Blasphemous killing our own murdering black-
We see, I see, death before the children
White guys and white girls hanging from the buildings”

“Wake up to your face
I’m straight forward, fuck a pace
What I want just so happened to be you
Couldn’t picture being a moment in your shoes
When I think back to the kidney failures
Broken promise I failed
I won’t deny it I held the ground you walk on
Heart stops, you walk away
You’re good today
You’re gone tomorrow
I carry my heart on my face, I’m so depressed
What good is sex?
I pray that you would love me less
And now it’s here, hand on my chest”

I seem depressed, always being bothered never less
Keeping me out of prison and putting me to the test
They ask me what is happiness, you write it on a cheque
Or you feel it on the sweat, when your dick is in the breast
Hey there you- When the lights go out and you’re on your own
If death is what it seems
Why is it so vividly portrayed within my dreams?
Fear of understanding, the Devils running his course
Pitchers not receivers, it’s coming straight from the source
Remorse, as this time becomes a factor
Minds full of greed exposing your benefactors
Backwards, pace backwards
Everybody is superficial, only breaching the surface
Surface, upon the Earth
Flames engulf the Earth
And prized possession they incinerate
This is far beyond any director tried to demonstrate
See the record, here’s the record, take the record, set it straight
Perplexed, only receive slumber when that heaven gates
And this is fairly simple for your breath
Try and contemplate your conversates
Hesitating, navigation in the traits
Back to a time where minds were just matter
If you stated opinion then bones would begin to shatter
It didn’t matter back then, cause there was no reacting, acting up
Chevy in black, accurate fact put the black in fact
If you thought that, you a bree, you should disregard that
All fact”