There’s no denying that Kanye West’s 2016 album release, ‘The Life of Pablo’, was one of the most culturally impactful albums that the Hip-Hop world has ever come across. Although the album waxes and wanes between Kanye’s personal concerns and his vision of the world around him, the almighty boss who at times tends to come off as narcissistic laid down his heart and soul bare for all throughout the entire album. Touching base on how he had to wait for years to be with his woman and topics such as acknowledging who is really there for you in the nitty gritty beyond the glitz and glamor, Kanye is a truth spiller who has zero filter and that is exactly what society needs in a day and age where our leaders are taking advantage of the vulnerable. One year later, lets track back and revisit five of Kanye’s best rhymes from one of his greatest albums of all time. 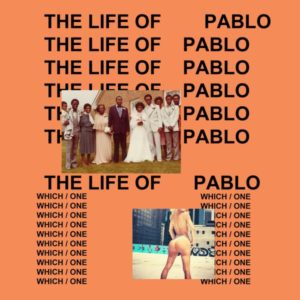 “I miss the old Kanye, straight from the Go Kanye
Chop up the soul Kanye, set on his goals Kanye
I hate the new Kanye, the bad mood Kanye
The always rude Kanye, spaz in the news Kanye
I miss the sweet Kanye, chop up the beats Kanye
I gotta say, at that time I’d like to meet Kanye
See, I invented Kanye, it wasn’t any Kanyes
And now I look and look around and there’s so many Kanyes
I used to love Kanye, I used to love Kanye
I even had the pink polo, I thought I was Kanye
What if Kanye made a song about Kanye
Called “I Miss The Old Kanye”? Man, that’d be so Kanye
That’s all it was Kanye, we still love Kanye
And I love you like Kanye loves Kanye”

“You gotta let me know if I could be your Joseph
Only tell you real shit, that’s the tea, no sip
Don’t trip, don’t trip, that pussy slippery, no whip
We ain’t trippin’ on shit, we just sippin’ on this
Just forget the whole shit, we could laugh about nothin’
I impregnate your mind, let’s have a baby without fuckin’, yo
I know it’s corny bitches you wish you could unfollow
I know it’s corny niggas you wish you could unswallow”

“Real friends, how many of us?
How many of us, how many jealous? Real friends
It’s not many of us, we smile at each other
But how many honest? Trust issues
Switched up the number, I can’t be bothered
I cannot blame you for havin’ an angle
I ain’t got no issues, I’m just doin’ my thing
Hope you’re doin’ your thing too
I’m a deadbeat cousin, I hate family reunions
Fuck the church up by drinkin’ at the communion
Spillin’ free wine, now my tux is ruined
In town for a day, what the fuck we doin’?
Who your real friends? We all came from the bottom
I’m always blamin’ you, but what’s sad, you not the problem
Damn I forgot to call her, shit I thought it was Thursday
Why you wait a week to call my phone in the first place?
When was the last time I remembered a birthday?
When was the last time I wasn’t in a hurry?”

“I know I’m the most influential
That TIME cover was just confirmation
This generation’s closest thing to Einstein
So don’t worry about me, I’m fine
I can see a thousand years from now in real life
Skate on the paradigm and shift it when I feel like
Troll conventional thought, don’t need to question
I know it’s antiquated so sometimes I get aggressive”