The mysterious creature clothed in earthly features, Ab Soul, has embodied a modern day mystic endowed with artistic characteristics that inspires a multitude of souls through his lyrical compositions of shamanistic hieroglyphics. The living, breathing God’s second album, ‘Control System’, has souls sinking into their chairs to step back from reality and gain perspective from a rapper turned retrospective detective who is exceedingly introspective. Drawing a lyrical picture of the thoughts that stem through his LA-bred medulla, it’s apparent that the TDE joker is out for more than mullah. ‘Control System’ dishes out conscious tracks that make an internal impact and transcend the boundaries of rap. If “Control System”, “ILLuminate”, “Terrorist Threats”, “Showin’ Love”, “Nothing’s Something” or “Pineal Gland” don’t send you into an alternative universe abounding with internal elevation and aspiration beyond stagnant vibrations, then you are missing the valuation of Ab Soul’s lyrical illustrations. Although each and every verse shakes things up and leads your speakers to erupt, here’s 15 of the most standout lines rhymes from ‘Control System’ that are bound to stand the test of time. 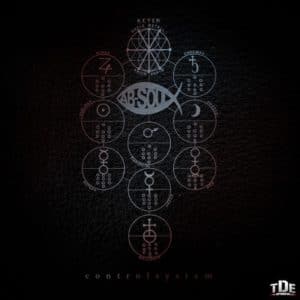 Maybe my sovereignty would still be mine

If all the gangs in the world unified

We’d stand a chance against the military tonight.”

You hit this shit a few times, you might see the future.”

But every day’s a vacation and mothafuckas hate it.”

My uncle told me only love ’em for a night

You can see the immediate disconnection

Between a man and a woman, the reason for regression.”

My momma and music is next

And if that happens before I turn 28

I told myself I was gon’ win, and I ain’t know when

But it was gon’ end up happening, I want in.”

Aim it right at that preacher for miseducating the people.”

I remember when I couldn’t spare a dime

Now I step in with a pair of dimes.”

Johnny want me like Wyclef Jean; gone til’ November.”

I ain’t a bitch for nothin’, end of discussion.”

We in a space where matter don’t matter

I stopped praying, and I started planning

I stopped playing, and I made it happen.”

I just wanna be free, I ain’t tryin’ to be nobody’s chattel.”

I ain’t afraid to die, more afraid of myself.”