Routinely embodying the best version of himself and embodying the inner contentment that he has accessed through lyrically spittin’ what he felt at the very present moment, Talib Kweli has been talking about social activism and his unique stance within the game ever since his first 2002 solo album ‘Quality’ dropped. The title is exactly how Talib has traversed his career and chosen to dish out lyrical spills: full of true quality. Not only has Talib collaborated with some of the greatest of all time, he has dished out seven consciously uplifting albums that serve to educate the masses and even touch the hearts of those who are known for routinely skipping classes (don’t be ashamed, I did the same). Here are five of Talib’s most enlightening rhymes. 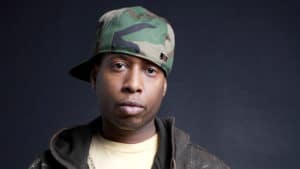 “When you a man, action is what’s expected, nothing is spoken on
Producer never got time for no excuses, gotta go beyond
My flow is tom-foolery
I smoke these pork rappers so fast they call me charcuterie
I beautifully exude the vibe that’s free of ambiguity
Ya goonery for the sake of goonery is cartoons to me
It’s coonery, it’s lunacy, let’s make it plain
Only way that you hang is attached to a tree
The moon talk to the sea and speak the body language fluently
She makes it rain
When I’m on fire, she always try to douse me
Only reason that you make it rain is ‘cause your diamonds cloudy
I see you from a mile away when it get overcast
Old people feel it in they bones, invade your home like I broke the glass
And let myself in, fighting for freedom like the people in Tunisia
Spread through Sudan and Egypt, this the music for the movement
The score to your achievements, never join ‘em so you gotta beat ‘em
It’s carpe diem hey (hey) yeah”

“If an artist is a part of a community
And got an opportunity to get that cake
Would never come back to the hood, no immunity
Usually a nigga like that so fake,no different from a snake
Nothing left to give cause you always wanna take
If you ain’t using all the talents God provided you with
For the betterment of man, understand you ain’t nothing but a waste
Look into the face of a young girl
Raising up like a flag when it’s unfurled
Got game listening to her mother’s pearls
And she love Beyonce cause she run the world
Her mama used to run this city
Way back before the nigga Puff was Diddy
When it came to the music then she got real picky
From New York, but preferred 2Pac over Biggie”

“I know you up in this club, I know you don’t give a fuck
You told me what you don’t like, you made that clear, now what do you love?
There’s gotta be more
Some live the life of the rich, some people gotta be poor
I’ve been through a door
I will not sell you a dream, that’s what the lottery for
The music is clay, I shaped it, I molded it
Like it was pottery or the mouth with the law
Twist it like Robert Duvall, son, the godfather raw
Free as the diamond you found on the floor
Furnished the rhyme with the proper decor
I burnished the nine in my mind with the galore
So they burning with shaman, I’m popping the door
To top off the law
If your style is married to substance, you sound like you got a divorce”

“Battle for America’s soul, the devil’s winning
The President is Bush, the Vice President’s a Dick
So a whole lot of fucking is what we gon’ get
They don’t wanna raise the babies so the election is fixed
That’s why we don’t be fucking with politics
They bet on that, parents fought and got wet for that
Hosed down, bit by dogs, and got blacks into house arrest for that
It’s all good except for that, we still poor
Money, power and respect is what we kill for, for real”