Relentlessly speaking his mind and bringing to life thought-provoking material is what sets Cooperachy apart from the start. Attacking the heart of the Underground with tenacity and grace, Cooperachy is creating an influence and becoming a stronghold in Hip-Hop culture that brings to mind growth in life through thematic rhymes that continue to be cultivated to stand the test of time. Cooperachy’s rhymes hold a more profound place in everyday life that stimulate the minds of the awoken and steer clear from the manufactured cliche for mass appeal. Finding their way into the hearts and minds of truth-seekers worldwide, 2017 will be the year that Cooperachy and Last Act Of Defiance Entertainment become household names. I caught up with Cooperachy to discuss the year ahead, early musical influences, new music and more. 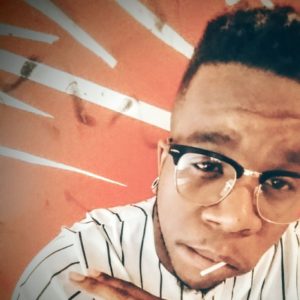 First and foremost, introduce yourself to our readers. Who is Cooperachy?

Cooperachy is your average everyday cat low key, I just love making music. I got Cooperachy from a couple homies throwing nicknames around while the fifth was being passed! Everybody calls me Coop since my last name is Cooper, and Cooperachy just stuck. It’s original.

You are a pivotal member of Last Act Of Defiance Entertainment. Tell us about the movement and mission behind the record label.

Last Act Of Defiance Entertainment is the squad in which we represent people being defiant to the norm. The way society turns their nose up to people who make music, or paint, or dance, or anything that isn’t a 9 to 5, and how we’re frowned upon and viewed as lazy, stupid, crazy; way more cons than pros. We take that and run with it. Our mission is to defy the odds and make some noise in the music industry. We all have some type of background in music, so it was easy to connect the links. We just want to defy the odds!

What kind of programs and equipment do you use when recording? Any tips for those just headin’ into the studio for the first time?

Pro tools, Cubase, Logic any of those for recording, I make my beats in iMaschine. Equipment is all over the place lol, just know for some up and comings, we have some money behind the sound. My tips would be to not be scared to be hands on, you can take as much book knowledge as you want, but until you’re adjusting an EQ, or setting up a live recording for a bad ass guitarist, you’ll be lost in the sauce. Don’t be scared to fuck up pretty much as far as the engineering aspect. The recording aspect, I’d say come prepared. Come to perform, this is your platform before you hit the stage, let me feel your emotions from your music. 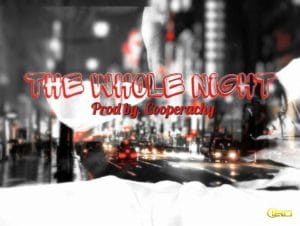 Who were some of your early musical influences that led you to wanting to pick up the mic and rock a show?

I come from the best era of music, the 90’s. Low key, R&B was that deal back then, so I like my Donell Jones, Musiq Soulchild, Lauryn Hill, Erykah Badu. I rocked with LL Cool J, Busta Rhymes, Slick Rick. I never thought I’d rap, I honestly just liked good music honest. Talk about something or express yourself in such a manner that I have no choice but to listen.

What do fans of Cooperachy have to look forward to in 2017?

2017 will be a busy year. A lot more music from me, I’m doing the majority of my own production now, so I definitely will be dropping an EP sometime next year. Staying busy, more shows, more interviews, hopefully a tour or two. But for the most part, grinding the sound, and brand.

Any upcoming tour or show appearances that you can fill us in about?

I have a show coming up on Dec 30th, you can catch me at a couple local joints in Ann Arbor talking to your ears, but working on more dates for next year. 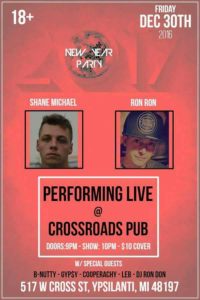 How has growing up in the Midwest influenced your artistry as a musician?

Coming from the Midwest, it just opened my eyes to all the types of talent that surrounds me. We need more recognition and respect as artists. It also drives me, people hate on us all the time, but if you don’t have any haters, you ain’t doing something right.

Your lyrics are often deeply personal, poetic, and honest. Those factors strike a cord in the listener. What personal experiences have led you to your raw lyrical delivery?

Honestly, however my day has gone on the day that I write or record may come out in a verse. How can my listeners know who Cooperachy is if they don’t know I have a kid? Or I hate waiting tables? Or have relationship issues? Or anything that relates to me? I rap how I talk, and I talk what I know; there’s no faking the funk.

Last but certainly not least, any closing messages for your followers and fans?

If you rock with Cooperachy, I appreciate you, I definitely love my fans. Let’s see where we go next from here! Keep up with me on Facebook page Cooperachy, and my Instagram page too! S/O L.A.D and my Sturdy Gang homies, and Full Plate Boys.

Check out Cooperachy on Soundcloud.