LA rapper, Casey Veggies, knows that life changes and has embraced all that he has been able to experience since his career took off in 2007. The most astonishing and great of all powers, or rather the absolute power, is a human beings ability to develop the architecture of the brain through an ongoing process that begins before birth and continues into adulthood. The man is an emblematic individual with a signature style of wit and wisdom that challenges listeners to challenge their own manner of thinking before hoes, parties and drinking. Casey left the Odd Future crew in 2007 to do his own thing, and although he has never made it deep into the spotlight, Casey is about the real gift of being ability to gift the world with the wisdom that he has acquired over the years within his cutthroat and raw lyrics. Here are five of Casey’s greatest rhymes. 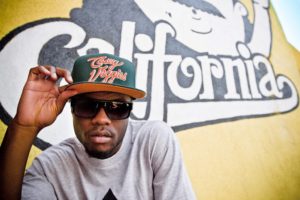 “How is anybody gon hear it if I don’t record it
New shit I’m driving yo I probably couldn’t afford it
Would be trapped in a hood state of mind, end up less rewarded
But I took a couple chances, now life is gorgeous
This gon change everything
Like a child, a funeral, or a wedding ring
But heaven brings angels down, now watch us while we levitate
Called the police when she needed, but they showed up hella late
I just do my dougie on these hoes
I’ll be dancing in the rain, soaking puddles in my shoes
Broken heart plus the rules, open art full of clues
No bizarre, Rosa Parks, Martin Luther always knew it yeah
Life changes”

“I need a chick true talk, not fake with her walk
She got her hair done right, I be breakin’ her off
I like them girls when I’m ready she be taking it off
She be tellin’ me what to do cause she think she the boss
And I don’t say nothin’ to her, I let that money talk
We don’t never trip much, we be shakin’ it off
Win, lose, or draw, I back against the wall
I’m willing to grow, cause I’ve wanted it all
I’m one of a kind, she one of them dimes
Been at it for a while, we puttin’ in time
I’m lovin’ her thoughts, she changing my mind
We learnin’ together, the stars align
Fly face, nice body, and swag crazy
She work and she goin’ to school, she ain’t lazy
And when she out and about, she look wavy
And when they try to ask what’s up, she say Casey”

“Way more smarter than my last tape
I get way more harder when that ass shake
With my shit in that, I get in that
With the thought in my head like I hope it lasts
Real young boy that’s making cash
I’m realizing I can make it stack
For a rainy day when it ain’t coming back
We young niggas, we fresh swag
Got the whole world in the bag
Roof in the grass now his speakers on blast
Oh shit, made it to the news stands
As I grind hard in these new jeans
I never ever stop from where the weather really hot
Where the homie ran the streets and that’s why he got shot
Used to bang on my nigga, that’s why he hit the block
That’s some peer pressure for your ass
Girl, tell me how I can destroy your past
You growing up, didn’t know no better
And I’m blowing up, my show got better
When you create some shine you know what’s next up
Streets start talking, name getting brought up
Hop on now cause this train ain’t stopping
Used to try my hardest, still wanna be an artist
Never was a rapper, didn’t wanna be trapped in
At school, no work, just a black pen
Composition pad where the kid wrote raps in
That’s where I got sleeping in class
Never really dozed off but we dream so fast
I’m leaving my past, let it stay in my dome
At the hotel I just stay in my room
Stuck in my zone, answer my phone
Said I’mma catch my flight and I’m coming back home”

“Always chasin’ money I think Nike should have paid me
No this shit ain’t funny been with Josh Peas lately
Japanese denim still growing still winning
Baby girl want me and she watch me cause she on me
I be popping but I’m lowkey, chillin, choppin with my OG
Got my mom a new spot and I’m plotting on gold rollies
Just did a show in DC and we had them really going
If it wasn’t my song all around the world then I wasn’t really knowing
She messin’ with the whole squad she ain’t hoein’ she’s just goin’
I’m just knowin’ that’s just me
All the time that’s just how it be
In the town and through the streets
Rollin’ round it’s Young CV
It’s goin’ up, it’s goin’ down
That mean the same thing, got a different sound
Got a different vibe, don’t blow my high
I should change, I won’t realize that
Another mindset other than mine I can’t provide that
I soul search, write cold raps
Besides that little mama you should slide through”