Alright, first things first. You already know that the first thing that came to your mind when you caught a glimpse of the title is “The Thong Song”, but you’ve got it all wrong if you are under the impression that that was all Sisqo contributed to the game. The Baltimore soulful hustler and Dru Hill member dished out three solo albums from 1999-2015 which included tons of hits such as “Incomplete”, “Got To Get It”, “Unleash The Dragon” and more. Sisqo is certainly a household name for Hip-Hop heads worldwide. Here are five of this dopest rhymes from over his solo years. 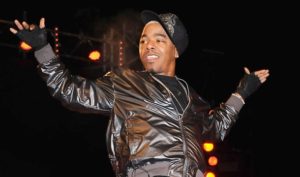 “You knew I wasn’t faithful from the jump so don’t front
Like I was quit acting up bugging
Since when we been messing, flexing
Love has been good no doubt
But now trying to get me on lock down
Trying to figure out what I’m all about If I’m going out
Who I’m chilling with, what I’m dealing with?
Just can’t, just can’t handle it
You’re not my girl and I’m not your man
I’m a tell you again so you understand
I’m not trying to be caught in, I’m not moving
Not budging not trying to get stuck in something I can’t get out of
If you thought twice shorty then I doubt ya
Need to get off of my back
Your line to tight need to cut me some slack
So let go”

“Bright lights, fancy restaurants
Everything in this world that a man could want
Got a bank account bigger than the law should allow
Still I’m lonely now
Pretty faces from the covers of the magazines
From their covers to my covers wanna lay with me
Fame and fortune still can’t find
Just a grown man runnin’ out of time
Even though it seems I have everything
I don’t wanna be a lonely fool
All of the women, all the expensive cars
All of the money don’t amount to you”

“See the last time
Girl you had me caught up in some mess
Tellin my girl that we were more than friends
Fuckin around with you just had me stressed
So whenever I see you comin I go left
You’re the type of girl that thinks that no means yes
Been puttin me and my girl stuff to the test
So I have ta bring this drama to an end
Before someone gets hurt and tears get shed
You’re just a homewrecker
You’re tryna break up my home, ain’t cha?
Well i ain’t gonna let cha
You’re tryna mess up my thing, ain’t cha?
You’re just a homewrecker”