Trust me, I’m thinking the same. What in the world ever happened to Nelly’s homeboy, Murphy Lee? Busting out club bangers such as “Air Force Ones”, “Shake Ya Tailfeather” and “Wat Da Hook Gon’ Be”, there’s no denying that when Murphy Lee had his minute in the spotlight, he was reaching beyond the stars and shining bright. The St. Louis St. Lunatics member won a Grammy award back in the day and his contributions to one of Hip-Hops most legendary albums at the time, ‘Country Grammar’, put him on the map to blow. Murphy made an impact and his songs will forever ring a bell in the hearts of Hip-Hop Heads worldwide. Here are five of Murphy’s standout rhymes. 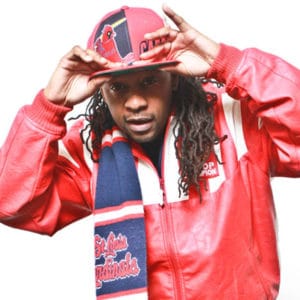 “Yo, I’m the big booty type
I like them thick with their mind right (Awe)
Banging personality conversate when the time right (Naw)
I’m not hard I’ve got women to handle that
They be like, “He the man,” when I’m really a Thundercat
Come on you know the tics connect like Voltron
Collect so much grass popo thinking we mow lawns
My gohans don’t match that
But it matches her head wrap and the seats that I got in the lap
I’m just a juvenile, because I be about G’s
Keep your women wizzy, man; they say they have my babies
I’m young like Tuck, I like the cash and the money
(I’m going to eat my money) Man, I’m that damn hungry
See I’m starving like Marvin girl
I’ve got sixteen bars of fire is what I’m starting
Plus my rats come in packs like Sammy and Dean Martin
And I got so many ki’s you’d think I was valet parking”

“The sun’ll come out… tomorrow
And I will never have to borrow
Got my first car when I turned sixteen
Only drove it home outta town limousines
Plus we was broke wit a deal but nobody could tell
So we did what we had to do for “Country Grammar” to sell
Haha, I stay on my own melodies
Plus I like my booties and my boobs like a capital letter ‘B’
That’s how it is, how it better be
I preferably rather have two or three girls in the bed wit’ me
Close your ears, ma, you ain’t heard nothing (what?)
I always pay ma, let a brother hold something
I’m basically coming from nothing to something
When I say nothing meaning pocket full of lint and buttons”

“Now Murphy Lee is really ready
Fully preparred and well done
I told you that I’d give you my all if I sell none
Expected to sell plenty
Lotta more than Kenny
Big as “Coming To Amerrica” since I came and sent it
They saw he got his own money
“That boy got his own money!”
So please don’t try to take nuttin from me
I’m talkin’ consequences, all my conses see quence
Will literaly take yo face off for the tiniest reason
I’m eas-un, eas-un on down down down down down
Makin’ my rounds, I’m like a new Santa in town
Clown, calm down
I got issues like magazines
I’ll leave you washed up, cut and cooked like Mama greens”

“When I first started back in 1989
I was trying to claim games, I was barely writing rhymes
I was 7 to 8, a little nigga with his head straight
Never got to school early, always went to bed late
Grew up with the older dudes, do what your brother do
It’s just so he happen to rap, “Man you think you cool?”
Ali was my motivator, rapper slash educator
Kept these boys dedicated mama like we better had made it
Cuz my first name’s paid, my last name bills
Even though I got a record deal I paid bills still
And erreybody changed to sell us
I wish the fans would understand to accept us”

“These ain’t comin’ out pimpin, naw naw naw
You see me dirty now, haters gotta point em out
My sneakers stage frighten, sorry they ain’t comin out
Them camp boys go to jail and I’m a ride em out
And I ain’t gotta holla at unk, for them to walk it out, (walk it out)
See I’m a real boss, say homie that’s real talk
I make ya see my vision clear like a tear drop
I’m gettin’ real guap, I’m poppin’ like pills pop
Graffiti shell toes, I’m real hip-hop”