As rumors circulate regarding DJ Vlad’s involvement as an informant, those ill-founded accusations that once held little to no merit are starting to look more and more like credible facts as the days pass by. Vladimir Lyubovny, better known by his stage name “DJ Vlad” is a disc-jockey and executive vice president at Loud.com and also the CEO of VladTV.com, a video website that many refer to as “The TMZ of Hip-Hop.” He has been called out by many hip hop figures, including Roc-A-Fella Records co-founder Dame Dash and California based rapper Lil B as a “culture vulture” and “rat” respectively.

A wise man once said “the labeling of a snitch is a lifetime scar”, so it makes sense that most rappers would choose dissociation from anyone with that label, especially if they want to maintain their credibility as a hip hop artist. Vic Mensa, a Chicago native and one of the realest artists of this generation, however, did exactly that and Vlad still tried to bait him on Twitter. Vince was having none of it though. The twitter exchange has since been deleted, but the conversation was captured by Reddit user Desmaster and posted on /r/hiphopheads. 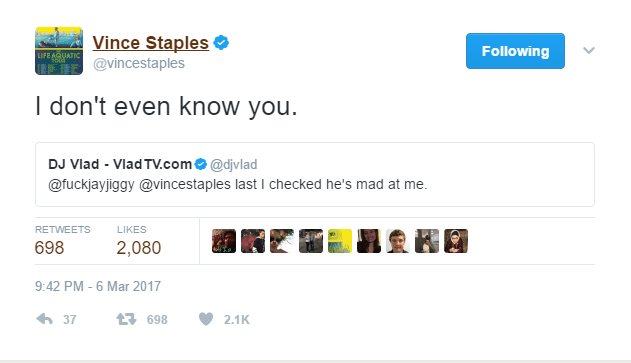 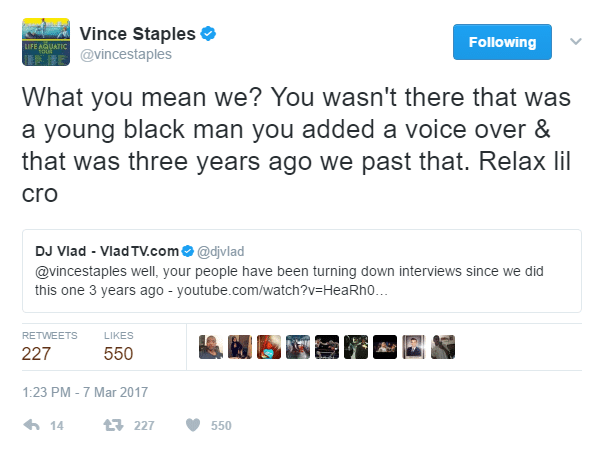 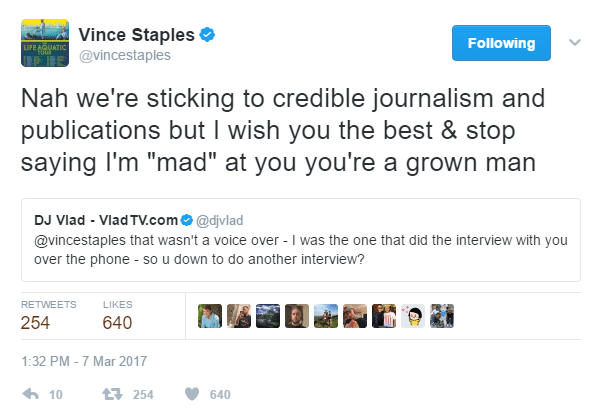 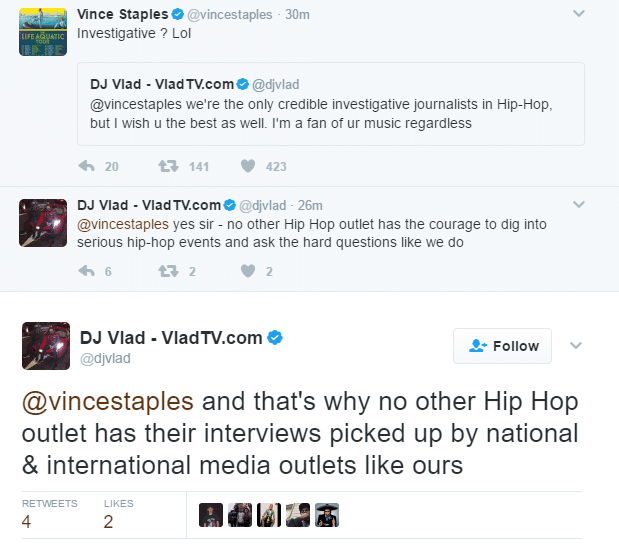 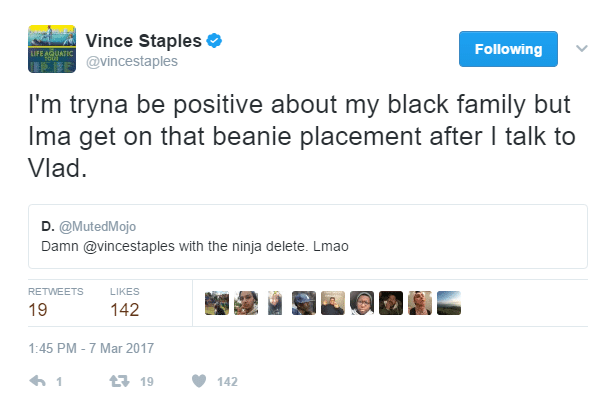 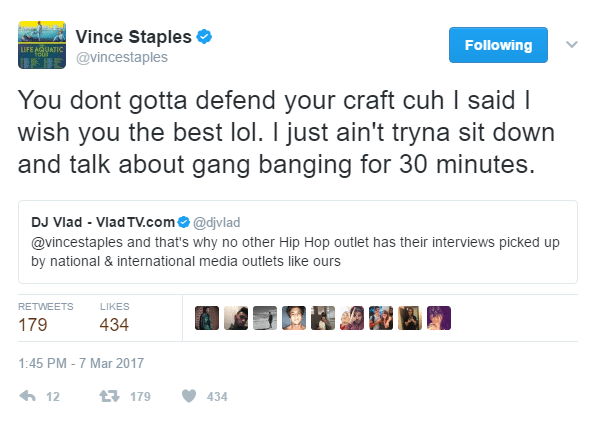 Vic Mensa would then go on to get arrested less than six hours later, in a story that VladTV broke.